Science has diversity inside and it always fetches some ways to benefit humans. Man, being the noblest of all creations has another side of being the most complicated creature in the universe. This complicacy is especially reflected in his evolution and behavior which are complicated and diverse at the same time. Anthropology can be a great source of knowledge if you’re interested to know what makes us humans.

Anthropology is a social science that involves the study of the evolution and behavior of human beings. This discipline also focuses on clarifying how humans differ from one another. Anthropology is simply a discipline of study involving human behaviors and cultures. As an academic discipline, anthropology has four distinct subfields which provide an opportunity to the graduates to seek careers in different fields.

What are the subfields of Anthropology?

Anthropology is considered as a diverse set of knowledge and being an academic discipline it has four different subfields which are given as:

Archeology is related to investigating the beliefs and lifestyles of our ancestors. It also focuses on the study of historical individuals and their cultures by examining the remains of the architecture, gravesites, and possessions of these individuals.

Biological anthropology is focused on the study of human evolution. This study involves both the Darwinian and natural evolution of humans. This subfield provides knowledge to the students of how human brains and bodies adapted to the environment. This study can be accomplished by examining any of these:

Linguistic anthropology investigates the different methods by which humans communicate with one another. These ways include:

This subfield clarifies the reason for how and why a dominant language in culture affects the views of the entire world to the people of that region and culture.

Cultural anthropology involves the study of people’s beliefs and customs. It compares the beliefs and customs of different people around the world. Scholars in this discipline are the source of information of philosophies and practices which are universal among all humans and which are specific to a particular society and culture.

Can I Become a Doctor with a Biomedical Science Degree

Anthropology subfields provide an opportunity for the learners to develop new skills while learning the ideas and new ways of human culture and behavior. It involves the study of both the local as well as foreign cultures. Through Anthropology, students are enabled to:

So What Jobs Can You Get With An Anthropology Degree?

Top Careers for Anthropologists in the US

A choice of career in the Anthropology discipline is impacted by the following factors:

Anthropology is a diverse discipline with several career opportunities for graduates. Anthropologists can be found in educational institutions, different corporations, all levels of government and non-profit associations, and media. Some of the major career paths for anthropologists in the US are listed below:

The federal government of a country can hire anthropologists for the following jobs:

Anthropologists have a wide range of job opportunities in academic departments which include jobs in campus classes research Laboratories and anthropology departments. They’re engaged in:

Academic anthropologists can also find career opportunities in other departments or programs of the university such as:

An anthropologist who indulges in business and management works for market research to focus and analyze consumer preference patterns by learning people’s behaviors and preferences. These can be done by surveys and statistical studies. Anthropologists use their knowledge and skills in their research while talking to users and consumers to evaluate their views and to find out methods to improve products or services to meet the demands.

Anthropologists indulge in social media planning and prepare strategies for how to convey electronic media messages to a particular group of the public to influence their views and emotions. It also focuses on the reactions of the public to the media and communication. Anthropologists, being social media specialists, contribute with the written, verbal, and visual content.

A research was conducted by the American Anthropological Association’s  Committee on Practicing, Applied and Public Interest Anthropology (CoPAPIA), the respondents responded to describe their post-graduate employment which is listed below: 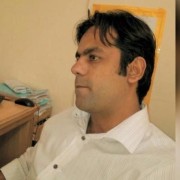 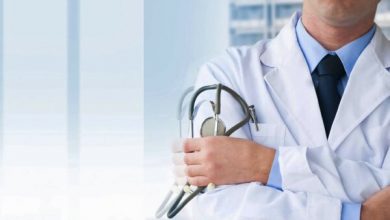 Can I Become a Doctor with a Biomedical Science Degree